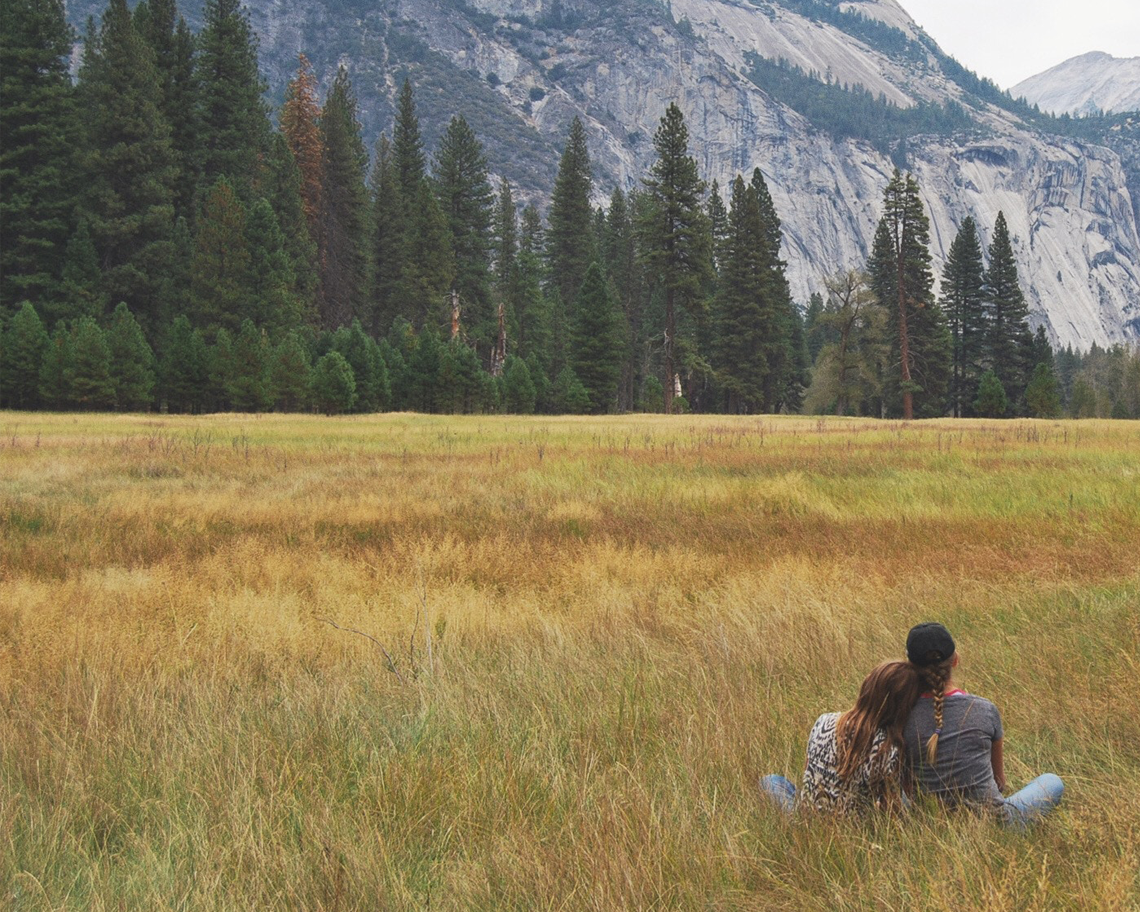 I’m a romantic guy. I’ve watched Love Actually, Friends with Benefits, Titanic, Armageddon and tons of other cheesy movies. From a young age, we all learn that love is a “happy-ending” and it’s all rosy, and the hero always gets a girl in the end. In all the movies we watch, and in advertising, people promote a “perfect” relationship, a “perfect” partner and everything about relationships is so romantic.

It all looks easy; you find the girl of your dreams, you love her, she loves you, you get married, have kids and only then you will be complete. That’s how our life should be designed. This is a lie, this is a lie that society tells.

We all know that human beings are emotional people; we all make our decisions based on our emotions and not on our logic. Let’s take a step back and look at some facts. If we look deep into history, we will find out the truth. In the past, people didn’t get married because of their feelings for one another. In the ancient world people would have listened to Lil Wayne’s song on repeat; Fuck Feelings.

Because fuck feelings, there are cows to feed and tomatoes to grow. There was no time for romance and definitely no tolerance for the risky behaviors it encouraged people into. There was too much life-or-death work to be done. Marriage was created so people could create babies and help each other financially. If in the ancient world people had had the technology and the knowledge we have today, they would have created a baby factory; to produce babies and give/sell them to families for a new cow. In some cultures, if romantic love was allowed, it was reserved for mistresses and fuckboys.

For the majority of humanity, survival hung by a tiny thread. People had much shorter life expectancies than we have today. Everything they did had a very simple purpose; to survive. Marriages were arranged by families not because they liked each other or loved each other but because their farms went together nicely and families could share some milk, wheat and protect each other when the next flood hit. Marriages were purely a financial arrangement designed to promote the survival and prosperity of both families. So if Alex gets tingles in his pants and wants to run away with the milkmaid across town, this was an inconvenience, it was a threat to the community’s survival. It was a threat to their lives. Such behavior in most ancient societies would cut a lot of young boy’s balls off so they wouldn’t have to deal with threats. Everything started to change when people began to create factories and work in the city. Their income and their financial future became uncoupled from the land and they were able to make more money independent of their family. The new economic realities of the 19th century created ideas; individual rights and the pursuit of happiness. Fuck the cows, it was the 1800s and people’s feelings suddenly mattered. The new idea was sold; love was to live in bliss for all of eternity. One hundred and fifty years ago a new idea was born that would make some business people more money; “you complete me”.

Hollywood and advertising agencies started flogging the “you complete me” fantasy to death over the next 100 years.

Modern romantic love was promoted by a bunch of businessmen who understood that people would pay for movie tickets and new diamond rings. Don Draper from Mad Men once said; “What you call love was invented by guys like me to sell nylons”.

The truth is that romantic love is very easy to sell because society accepts it and believes in love stories. We enjoy believing “you complete me”; it feels good (more dopamine). So the commercial world took over in the 20th century and squeezed it until the last drop, like you would squeeze a lemon to create a fresh lemon juice.

Romantic love is more complicated than we’ve been sold by Hollywood movies. Back then you would never see a movie that didn’t have a “happy-ending” or “you complete me”. We don’t hear the unpleasant or painful struggles that couples have. We never hear that love requires self-discipline and a lot of effort over the years; a lifetime.

The truth is not exciting; it doesn’t sell well. Actually it doesn’t sell at all. People want more cars, bigger houses, more clients, new iPhones. The solution to certain people is this; believe a lie; sell a lie; make more money; buy a bigger house; show your friends your new car and share Gucci-Muchi on an Instagram story to make ourselves look good and to make others feel that they are missing out on something.

Let’s get down to the truth; love is real work that begins behind closed doors. The real work starts when we put that phone down and start having honest conversations with our partner; I feel sad because I feel unappreciated; I’m going through a financial crisis, I’m broke, I’m mentally tired, I have a feeling that I want to cheat on you; what do you think I can do to fix this, are the questions and conversations we should be having. It’s the unsexy things that nobody else sees or appreciates.

It feels better to listen to Whitney Houston’s “I Will Always Love You” and to John Legend’s “Love Me Now” and avoid real problems, real conflict. Most of us have been sold these messages from the day we were born. We have come to confuse the excitement and drama of love with the whole relationship itself. We live in our own fantasy world and we can’t imagine anything could possibly go wrong between us and our partner. We can’t see their faults and we say I love you like you are.

This is not love, it’s Netflix and Rihanna fantasy. It’s a delusion and things usually don’t end up well. We all know the data, we all know friends that are unhappy and share pictures with #happy hashtags on Instagram, we all know somebody who cheated and yet in the social media world it looks all perfect. Delusions. We all know that if you love somebody it doesn’t mean that you should be together; sometimes we might think we love somebody but the truth is that we all have different goals and ambitions. We might fall in love with somebody who doesn’t treat us well, who makes us feel worse about ourselves, a person who reminds us of our weaknesses every day rather than encouraging us and giving us constructive feedback. People in toxic relationships don’t love each other; they love the IDEA of each other. They’re in love with the fantasy that is created in their head. The solution is to ditch the fantasy and get to know the person in front of them. Some people spend their energy conforming the person in front of them to fit their fantasy. Why do we do it then?

I can tell you from first-hand experience, I was there. People don’t know any better or they are afraid (like I was) of the vulnerability required to love someone selflessly and healthily. People keep secrets from their partners because they are scared of being vulnerable, they are scared to open up and be honest because they created different stories in their head. We all know where that will lead; definitely not to a “happy-ending”. It might not be in the next month or the next 12 months; but it will definitely happen. The truth is powerful.

I learned that love is not enough; you can love the other person with all your heart but it’s just not enough. You need to pay bills, you need petrol and you need bacon to eat. Love shouldn’t be the cause of our relationships but it’s effect. Love should NOT define our lives but be a byproduct of it, it should be an ADD on in our lives. Like a fries and coke with a Big Mac. Because someone makes you feel more alive doesn’t mean that you should live with them. If somebody tells you they want to build a career but are going to BAM BAM BOOM all the time they will not build a career. If somebody wants a family and is not learning about money it means they don’t really want a family; they like the IDEA, the fantasy of having a family, of what OTHER people will think of that person. The solution is to take a step back and look at things with a different perspective, have an honest conversation with ourselves first and then with our partners. We have to have hard conversation with ourselves first, we need to be real with ourselves because nobody on this planet can “complete us” except ourselves. Once we truly and deeply understand that everything starts with us then everything will change.

In the swipe-right generation people say romance is dead. Good news; it’s not. Romance is alive and people crave deep connections now more than ever because it’s missing from the world. People are becoming more superficial and want a quick fix for everything; we can’t put duct tape on a cliff and expect it to last forever, at some point it will break. Redefine love, redefine happiness and go beyond yourself.